Home Technology How Do You Tell If A Tattoo Machine Is A Liner Or...

Getting curious about how a tattoo machine works is not too out of the box if you are into getting inked or thinking about it. One of the major differences between the working of a tattoo machine is whether it is a liner or a shader. Both of these mean different things and in this article our aim will be to explain the distinguishing features of both. So let us dive into more details right away.

The first difference comes in terms of the weight of the gun. Liners are comparatively lighter than shaders. The weight however is not much of a factor for the artist to decide which one they want to use. Different artists like to use different devices depending on their comfort and tolerance for heavy machinery. Both shader or liner are equally popular among artists because choosing them is subject to preference for any tattoo maker.

A good tattoo machine has a certain compatibility with different sets of needles. One needs to consider the configuration before choosing the right machine for tattooing. Liners use fewer needles to do the work while shaders require multiple needles at once to do a good job.

A lining device is made for general work without including a lot of details. You can easily make use of adding the most seven needles at a time on a lining device. A shader, in complete contrast to a liner, is used for finer details. So needles are the distinguishing factor in terms of how they work to create a design.

One cannot ignore the movement of the tattoo machine in compatibility with how the artist wants to go about the design. The liner has a very specific movement which requires a certain strength from the artist. It moves faster than a shader and has comparatively less power which allows the artist to have more control over what they are creating.

A shader has more power because it lays the foundation for intricate details. One also requires multiple needles to function simultaneously in a shader. The composition will not work well if the sheeter does not have a lot of power because all of the needles need to work in tandem. The low power of the liner works in a complementary fashion to the shader because it can be used to give the final touches later.

If you understand the differences mentioned above, you will be able to easily tell the difference between a shader and a liner. The needle, the weight considerations, and the strength required to create a design, all work together to distinguish both of these tattoo machines.

Creating a beautiful design would not be possible without a skilled artist making good use of both of them. A liner is perfect for final and general details while shader brings the entire art together. It all depends on how they are used. 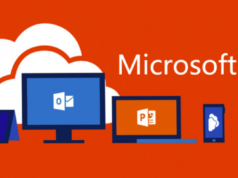 Microsoft 365: Is It A Good Solution For Startups? 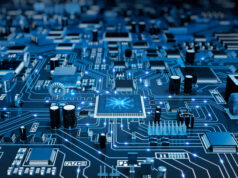